Korryn Williamson participated in a Q&A with Staffing Industry Analysts to discuss the importance of DE&I in the workplace.

In the interview, Korryn touched on that exact idea: why DE&I is important for everyone and especially in the workplace. She also talked about, among other topics:

Check out snippets from Korryn’s Q&A below, and read the full interview on Staffing Industry Analysts. 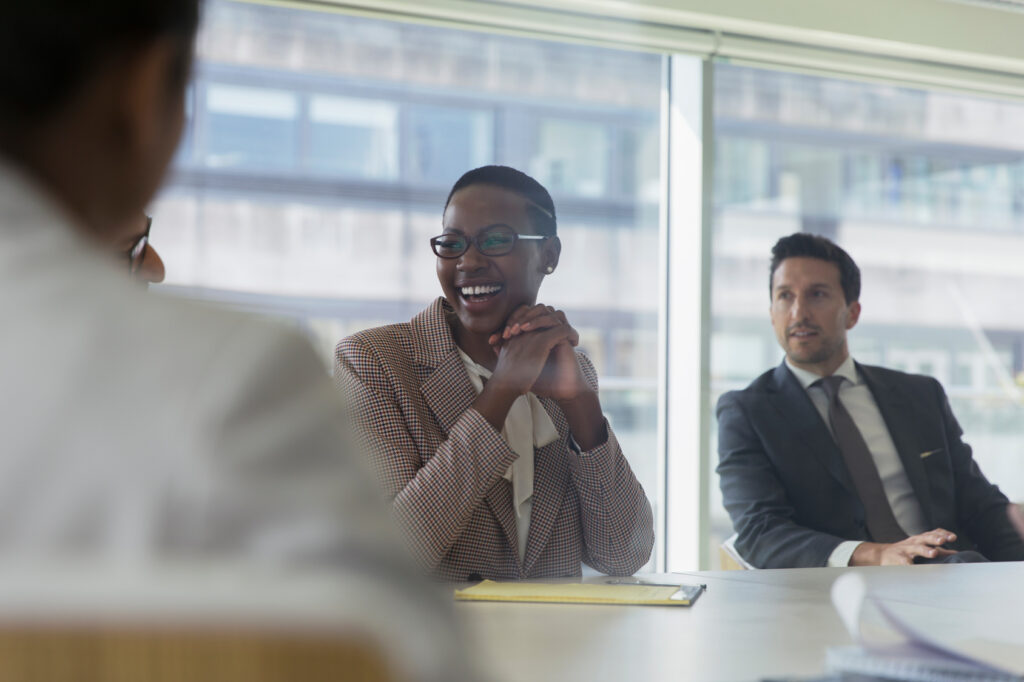 When and in what way does diversity impact people?

It goes into representation — being able to see people who look like you or you can relate to in successful roles makes it that much more tangible to yourself.

As a Black woman, representation is important even for hairstyles. There are 35 states right now where I could be fired for wearing my hair the way that it grows out of my head. There’s something I’m super passionate about — anti-hair discrimination legislation called the CROWN Act, which stands for Creating a Respectful and Open World for Natural Hair. Only 15 states have passed this legislation, beginning with California in 2019.

Representation is just as important. So, whenever I’m doing appearances or pictures, I make it a point to have natural or protective styles so other women can feel more comfortable bringing their full selves to work and just creating a more comfortable environment for everyone to be able to excel and grow.

Representation is important in different ways, too. I always say, “If you can see it, you can be it.” And representation helps you to be able to see yourself in a higher role. To see different glass ceilings be broken that you didn’t know could be. Representation enables you to be empowered through other people.

Also, it’s important in terms of who has a seat at the table when decisions are being made. Do the decision-makers have the perspectives of the communities that they’re going to be impacting? Race and gender are commonly talked about, but what about age diversity? I’m definitely the youngest person on the executive team, and there’s different strengths that I have by being able to connect to the younger generations in the organization in a different way.

When it comes to decision-making, have representation at that table from those people that are going to be impacted or affected by your organization, policies in place, and things along those lines.

What would you say is the biggest challenge in spreading the word about the need for DE&I in the ecosystem?

I would say the biggest challenge is keeping people open-minded to change. Change is difficult, no matter what that change is. And we’re continuously evolving as a people and as a country. As New York Times best seller Frederick Joseph says, the first step of change is having the audacity to believe that you can do better.

Change is uncomfortable, but we have to continue to evolve. So, the challenge is getting people to be open-minded — not defensive — and coming together in unity. And I believe in leading in love as well, because that’s the only way we can really uproot evil and hate and come together as a people and as a team.

DE&I measurement provokes much debate. How would you suggest that firms handle this, and specifically, how does Insight Global approach it?

My approach is not quota-based; I’ve seen quotas be inefficient in organizations. One that comes to mind is the NFL’s Rooney Rule [which requires teams to interview at least two women and/or persons of color when seeking to fill prominent positions]. That’s been around [since 2003], but we still have seen little to no progress. While I do think it’s important to have goals and for leaders to be graded in their efficiency as it pertains to DE&I, I’m more looking for a change in behaviors and mindsets, not a command-and-control approach.

One of my favorite quotes is from artist and advocate Danielle Coke, who says diversity is the fruit and equity is the root. So if we have equitable practices, if we have that inclusive culture, diversity will come. It’s important to measure progress and see where inequities are happening, but just to give people a quota without having that full buy-in, having that behavior change and that mindset change, I just don’t think that’s the best way to go about measuring. That said, there are good measurements that you can put into place.

We measure who we hire, how they perform once they are here, and who is promoted into leadership. Then, we put specific programs in place to support our goals to increase representation. We also measure how different demographics experience our culture.

Why doesn’t everyone see the power of a diverse workforce?

I think some people see diversity as exclusionary. And I know I touched on this a little bit earlier, but if you’re not one of those groups — like Black or Latinx or someone with a disability or someone who’s gay — you think that it doesn’t impact you. And I think that can’t be farther from the truth. I think diversity only works if it’s inclusive and not exclusive, and that it’s equitable as well.