The awards are a part of Comparably’s annual Best Places to Work series, which highlights the top-rated large companies (more than 500 employees) every year.

“These awards are an awesome testament to our culture and the group effort involved in cherishing it,” Jenny Sabo, vice president of HR and ESG at Insight Global, said.

“They tell me that our folks believe we are investing in their futures and supporting them through every season of their lives. That’s a real honor and an inspiration to continue to uphold those commitments.”

As a company, Insight Global has earned other notable awards in 2022, including Fortune’s Best Workplaces for Millenials, Women and Professional Services. Bean was also named earlier in the year as one of Comparably’s top CEOs for women and diversity. 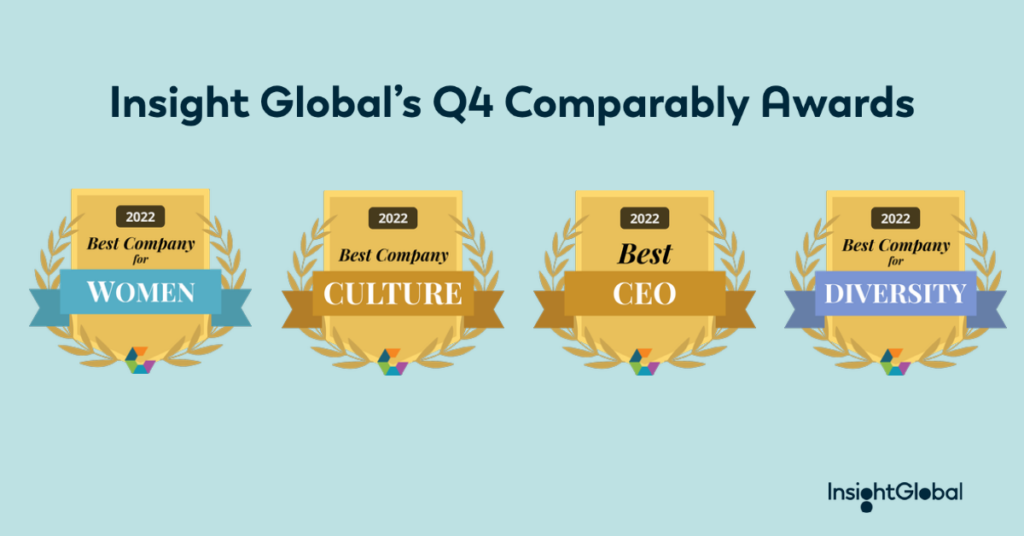