Software developers and software engineers share many commonalities, principally in their education, skills, and overall function in the software industry. It’s for this reason that there’s sometimes confusion among job seekers — and even experts in the field — on the distinctions between the roles.

Some companies use the terms interchangeably, and others have blended them as “software development engineer.” It’s widely accepted that a software role can include tasks related to development, engineering, or a combination of both. This can obviously get confusing. While software developers and software engineers no doubt have their similarities, there are key differences in the roles.

Let’s explore both jobs and their similarities and differences.

What is a Software Developer?

Generally speaking, a developer codes and maintains software that allows users to perform specific tasks on a computer or phone. Their responsibilities include understanding client or user expectations, developing and testing software to meet those expectations, and maintaining the software as it progresses through its lifecycle.

The GPS in your new car? That was created by a team of software developers. Your favorite note-taking app, finance tracker, music streaming platform, and photo editing tool were also created by software developers. They’re the laborers behind every app, function, database, and game we use on a daily basis; they’re invaluable to our lives as we progress further into the digital age.

As with all professions, not every software development position is the same. There are three main types:

A front-end developer is also known as a client-side developer, and they create what web users see and interact with. In other words, they are responsible for the user’s interaction experience including layout, buttons, navigation, images, graphics, and various other elements of a website or application. General responsibilities of front-end developers include:

In addition to basic coding skills like HTML, CSS, and JavaScript (more on these later), front-end developers also benefit from at least some SEO knowledge.

In contrast, a back-end developer is responsible for the elements of a site or application that are unseen by the user (also known as the server-side). They build and maintain the logic of a website to ensure requests on the front-end system are processed successfully through the back end. A job description for a back-end developer might include responsibilities like:

Unsurprisingly, a full-stack developer works in both the front and back end of software development – the skilled generalist of the software industry. They are capable of taking over the entire development process to ensure all aspects of an application or program run smoothly. Their general responsibilities include a combination of both the front end and back end build out.

Most full-stack developers have at least a few years of experience working in both client-side and server-side development. Because of the breadth of their position, job seekers can find an entry-level full stack role more difficult to come by.

In addition to behavioral skills like problem-solving, creativity, and communication, software developers must possess a number of technical skills. Having a diverse skillset in this area will not only enable a developer to create programs and applications, but it will guarantee the attention of IT hiring managers across the market. The growth opportunities in the software industry are endless, however, and there are too many possible skills to list here.

Let’s review a few key efficiencies that are required for a successful career in software.

Coding languages are how software developers deliver instructions to web servers, internet pages, and other applications. Familiarity with a variety of languages is recommended for a successful career in software development, but in-depth knowledge or expertise in at least one programming language is a must-have.

Specialization typically depends on a developer’s area of interest. JavaScript, HTML, and CSS are common coding languages used by front-end developers for example, while PHP, Python, and C++ are used most notably in back-end development.

An operating system (OS) is the program that manages your device’s hardware and software systems making it nearly the most important piece of software on any computer, phone, or tablet. Microsoft Windows, macOS, ChromeOS, and Linux are common computer operating systems, for example, but each one functions differently.

Testing a piece of software to ensure it meets the required specifications is a crucial step in the development process. Most companies have a testing process for each project to accommodate their unique objectives, but there are still a few testing fundamentals every software developer should know:

While a formal degree isn’t required to get a job as a software developer, it certainly can help. Most hiring managers look for a bachelor’s degree in software development or computer science from an accredited institution, as these programs provide the foundational concepts of software development through courses on data structures and algorithms, data management, security, and others. But just as many are looking for skilled workers who’ve honed their abilities through technical programs or other less formal educational opportunities.

Whether you’re a job seeker looking for a position in software development or a hiring manager tasked with building out a team of software experts, it’s important you consider what factors could influence a position’s salary expectations.

An equally valued and lucrative path can exist in software engineering, and the two careers share many of the same benefits and required skills. Despite all their similarities, engineers are not the same as developers. 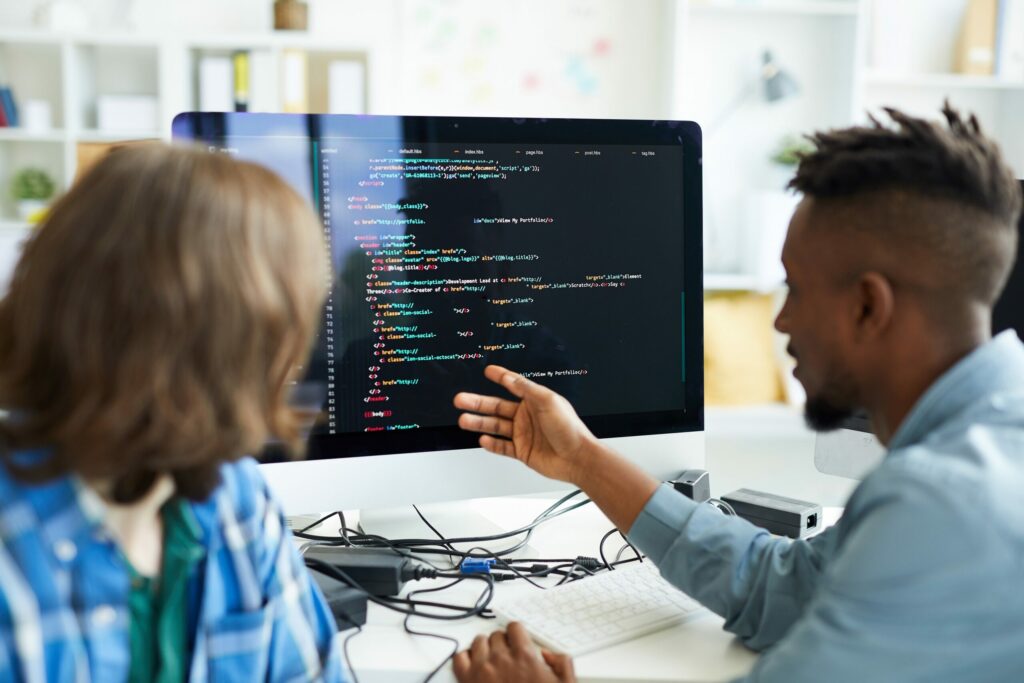 What is a Software Engineer?

Software engineers are capable of performing a variety of tasks related to software, but engineers are focused on the bigger picture of its creation. Software engineers apply engineering principles to the creation of computer programs and products. They’re not simply writing code to meet specifications. They’re concerned with the entire architectural model of a program. A software engineer might spend time evaluating the trade-offs that must be made to the system framework when creating a data pipeline, for example.

Still unsure what the difference between a software engineer and a software developer is? Think of it like this: If developers and engineers were in a symphony, engineers would be the conductors, orchestrating and managing several moving parts of a complex system to create harmonious end product. Developers would be the musician, focused on a more specific, singular task but still ensuring their part fits in with the whole.

There’s less of a distinction between software engineers in terms of front-end, back-end, and full-stack development since they are typically involved in each of these of these areas. Because they oversee the development process, engineers possess many, if not all, of the same skills as software developers. There are still a few skills that would uniquely benefit engineers, however.

Large software teams usually have a dedicated project manager to keep the work on track, but software engineers still need project management skills of their own. As a team member with high levels of oversight plus working knowledge over the subject matter, a software engineer’s input on project estimation, delegation of responsibilities, testing processes, and other factors is highly valuable.

Unlike developers, software engineers rarely work independently. Their position occupies a more senior space on a team and is often managerial in nature, so it’s vital that engineers are capable of team-building, promoting collaboration between, and clearly communicating—both in writing and orally—plans, specifications, and stakeholder feedback. Without effective communication skills, the likelihood of errors across systems increases, and the cross-functionality between teams decreases.

Learning how to effectively multitask is a must for software engineers. They’re often working on multiple projects at a time with tight deadlines, but this isn’t the only reason why multitasking is a must. As previously mentioned, engineers are responsible for the entire structure of a web program. This includes the software, hardware, security infrastructure, and other elements. Software engineers must always examine and work with each of these areas simultaneously.

On average, software engineers follow a similar educational path to software developers. A bachelor’s degree in computer science or a similar discipline is often required, since it can be difficult to learn the foundations of computer systems and their architecture without a formal education. That said, it is more and more common for engineers to have less formal education or degree requirements.

A software engineer’s career path is typically more linear than a software developer’s. Software engineers often find themselves in leadership roles after a certain number of years. For this reason, engineers can benefit from taking the next step in their education and pursuing an advanced degree in either a computer science or software engineering program or other post-baccalaureate training.

Prospective software engineers and other interested parties will run into similar information gaps when researching an engineer’s job outlook. The good news is that since the roles are often used interchangeably and experience some overlap in their responsibilities, we can assume that the demand for software engineers will experience the same or a similar level of growth as developers over the next decade. The need for new software and technologies only continues to grow, and the demand for software-related roles will no doubt follow.

Looking to Hire? Or looking for a Job?

If you’re a job seeker looking for a software role, make sure you read the job description carefully and ask plenty of questions during the interview process.

Does the job involve planning, thinking strategically, and applying complex engineering concepts to program design? Or is the job more granular, involving the development of code from scratch? Knowing the answer to these questions will help you land the software job of your dreams and propel your career in the right direction.

If you’re a hiring manager in charge of filling a software role, be precise and honest when talking with candidates about their responsibilities. Giving them a clear understanding of their day-to-day responsibilities will ensure they are clear on the role and can fulfill your hiring needs to the fullest extent.

Looking for a software developer or engineer

Let us know your needs, and we can fill a seat in as little as two days.