This article was written by Andrea Rodriguez, a professional recruiter and DE&I advisor based out of Los Angeles.

As one of the most populated generations, Gen Z is also considered the nation’s most diverse generation yet. The generation is the most racially and ethnically diverse, and members of the generation are leaders within sexuality, religion, and gender diversity. They have also been named as the “most well-educated” generation.

Before we get into how Gen Z is changing the workplace norms for the better, let’s talk about how Gen Z differs from its predecessor–millennials–both inside and outside of work.

As Gen Z’s presence is rising in the workplace, many wonder what factors truly differentiate individuals within Gen Z compared to the preceding generation–the millennials. These differences are important to highlight as they contribute to why Gen Z is considered more diverse than millennials and any other generation before it.

Pew Research states that 48% of Gen Z individuals between are considered “racial or ethnic minorities.” In comparison to a study of American millennials in 2002, only 39% of Millennials were considered the same. Some report that the difference in percentage is largely due to the rise in immigration over the years, which has resulted in an increase in first-generation births within the United States.

Gen Z has also impacted the diversity of gender and sexuality.

Nonetheless, the cultural differences between Gen Z and millennials should also be discussed as it affects how Gen Z is further perceived in the workplace. This discussion usually starts with the debate on when Gen Z truly begins and when the millennial generation ends. 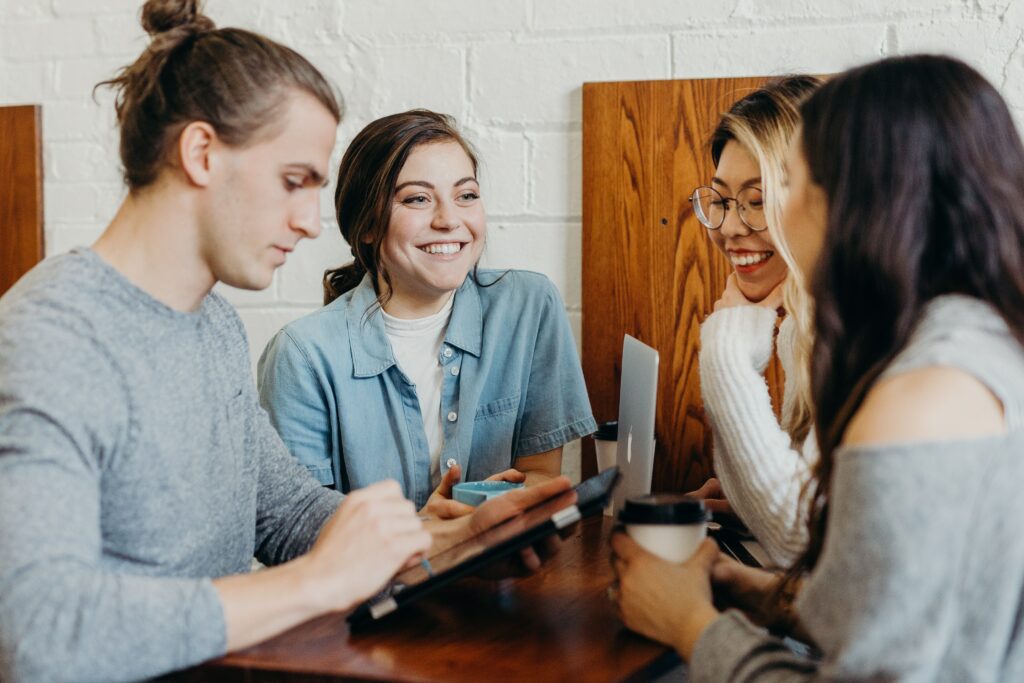 When Does Gen Z Start?

Some sources report that Gen Z begins in 1995, while others report 1997. Due to the demographic and cultural differences we discussed between the generations, this has also become a controversial debate between individuals who find themselves on the cusp of the two as they tend to relate to both generations. (Generally speaking, Gen-Z ends around 2012, but that may change as individuals born around this time grow to relate to Gen Z or the next generation–Generation Alpha–more.)

For example, Gen Z considers themselves:

Meanwhile, millennials prioritize fair pay in employment, seek stability in their personal and professional lives, and are considered more optimistic as they were raised during an economic boom of the 1990s. Millennials value the power of diversity and inclusion in the workplace as well but have not been as vocal or passionate as Gen Z.

As someone who was born in 1997, I have been able to reflect on the differences and how it has been hard for me to identify with one generation or the other. Growing up, I was able to relate to the millennials as I spent a lot of my time with my millennial cousins, yet I have recognized that I was too young to fully grasp the millennial experience. Meanwhile, when I spend time with my younger Gen Z cousins, I feel out of touch with certain Gen Z trends (like using Snapchat and other visual mediums as a primary form of communication) but also find myself partaking in some trends (like Gen Z slang), too.

Although I continue to struggle with which generation I identify with, this is not a sole struggle. It is normal for those who are born at the beginning of a new generation and towards the end of an old generation to relate to both in a way that others may not. I also think people like myself can provide an interesting life perspective, and we may even consider ourselves in category outside of both generations.

Nevertheless, the diversity of Gen Z outside of the workplace has started to make its impact inside the workplace as Gen Zers enter the workforce.

Gen Z in the Workplace

We’ve seen that Gen Z is the most diverse generation yet, and a benefit of that is that Gen Z expects their employers to mirror their diversity. They hold employers to a high standard.

An ideal Gen Z workplace is one that has a desire for employers to not only understand their employees’ needs for a diverse and inclusive workplace but the need to implement it in real-time.

This has forced companies to adopt diversity, equity, and inclusion (DE&I) practices to stay competitive with other employers, including implementing strategies that create both equal and equitable workforces. This has also resulted in employers creating more opportunities for different types of diversity within the workplace such as Employee Resource Groups (ERGs) to welcome and retain diverse employees.

Gen Z has inspired companies, especially hiring managers and HR departments, to realize the power of diversity and inclusion in the workplace in four major ways:

Companies are always trying to find new ways to keep their employees’ productivities high and their profits consistent. They have found success doing so by introducing a diverse and inclusive culture in the workplace. McKinsey & Company reported that organizations that were more culturally and ethnically diverse were 33% more likely to exceed their industry associates. Also, those with a more “gender-diverse” executive team were 21% more likely to result in exceptional profitability compared to competitors.

Companies must continue to realize that employees feel more productive in a diverse and inclusive workplace, and a more productive environment will then lead to higher profitability.

Profits are not–and should not be–the only benefit you seek from making a workplace more diverse, though. 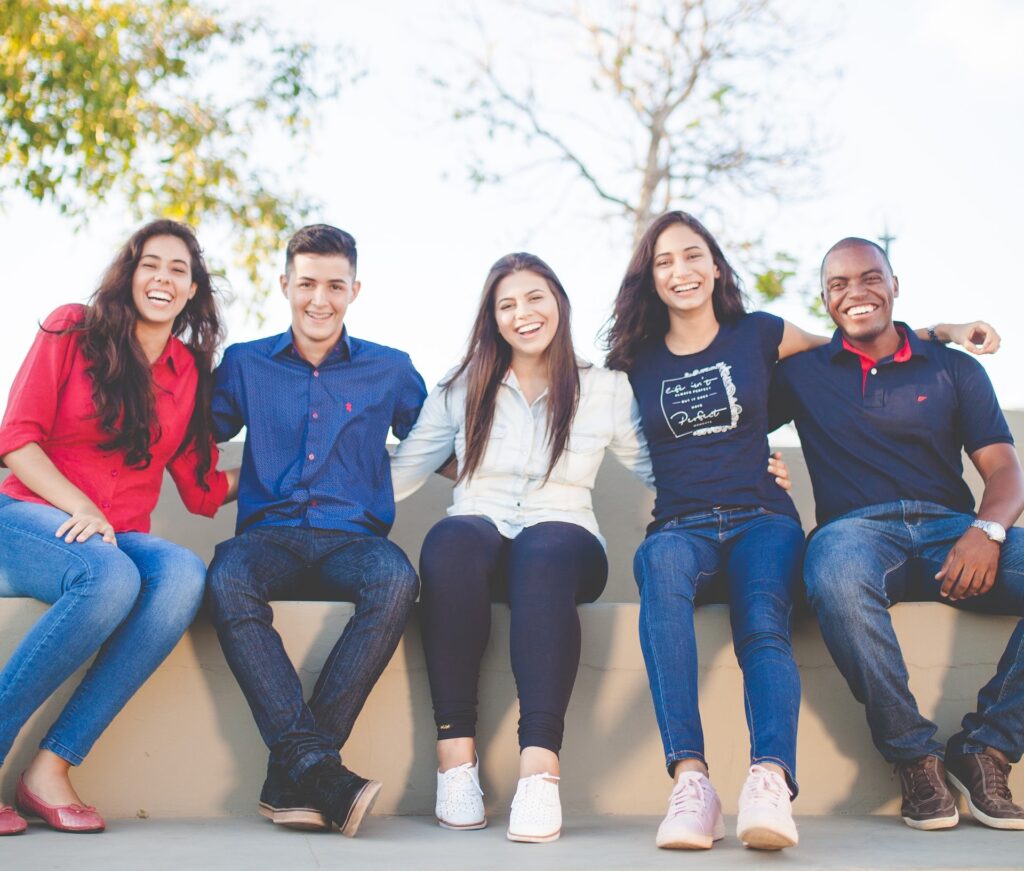 In a study conducted by Cloverpop, they found when a diverse group of individuals make a business decision, they excel more than those who decide individually up to 87% of the time. When individuals with diverse backgrounds get to know each other and work together, it is inevitable that more solutions are presented, and decisions are made with better perspective.

Companies also must realize that to have diverse individuals feel comfortable making business decisions and vocalizing their ideas, these companies must also have a diverse and inclusive culture. A single representative of a group of people shouldn’t a token representative or feel like a box that is checked in a company’s diversity initiatives. The diversity must flow through the whole organization.

Gen Z is more passionate about a diverse and inclusive workplace more than any other generation, and they show interest in companies that show a similar passion. Companies that are committed to fostering diversity and inclusivity in the workplace have a much better reputation and brand image compared to industry peers who do not. They are seen as “more human and socially responsible,” which opens the door for new customers, business opportunities, and clients.

A better brand and reputation of a company will catch the eye of many diverse individuals in the workplace, especially the top diverse talent within Gen Z.

According to a survey by Glassdoor, employees under 35 consider diversity and inclusion a priority in the workplace. Employers must realize that implementing a diverse and inclusive environment not only helps attract diverse individuals, but it also helps with retention. This is important to consider given the current competitive job market and increased employee turnover.

They Reshape How Companies Think

Gen Z has reshaped the way that companies define their workplace. As the most diverse generation yet, they are challenging those around them–both in and out of the workplace–to find the importance in a diverse and inclusive environment. (An October 2022 study even found Gen Z and Millennial employees are more “inclined” to talk about politics at work.) As a result, many companies are finally listening.

Gen Z’s influence impacts other generations in the workplace–not just itself. It affects older generations who have been longing for this change and acceptance in the workplace but did not feel as though they had the authority to do so. It will also affect the newer generations (like Generation Alpha) and allow a diverse and inclusive culture to become their new workplace norm rather than it being a new and progressive concept.

Despite generalizations and stereotypes of Gen Z, one thing is clear: the inherent diverse and inclusive nature of Gen Z will prove to have exceptional, long-lasting effects on the future of American workplaces and the country as a whole.